The perfect pepper defense spray for the Police, it shoots Ballistic Gel and is 100% Approved for Civilian Use.

Our SMK30 is the ideal choice for the Law Enforcement, Military, Correctional Institutions and Private Security who desire to incorporate Pepper Sprays into their duty equipment. The incorporated Crossfire technology ensures effectiveness and high performance within dynamic situations and its format is suitable for public safety duties. 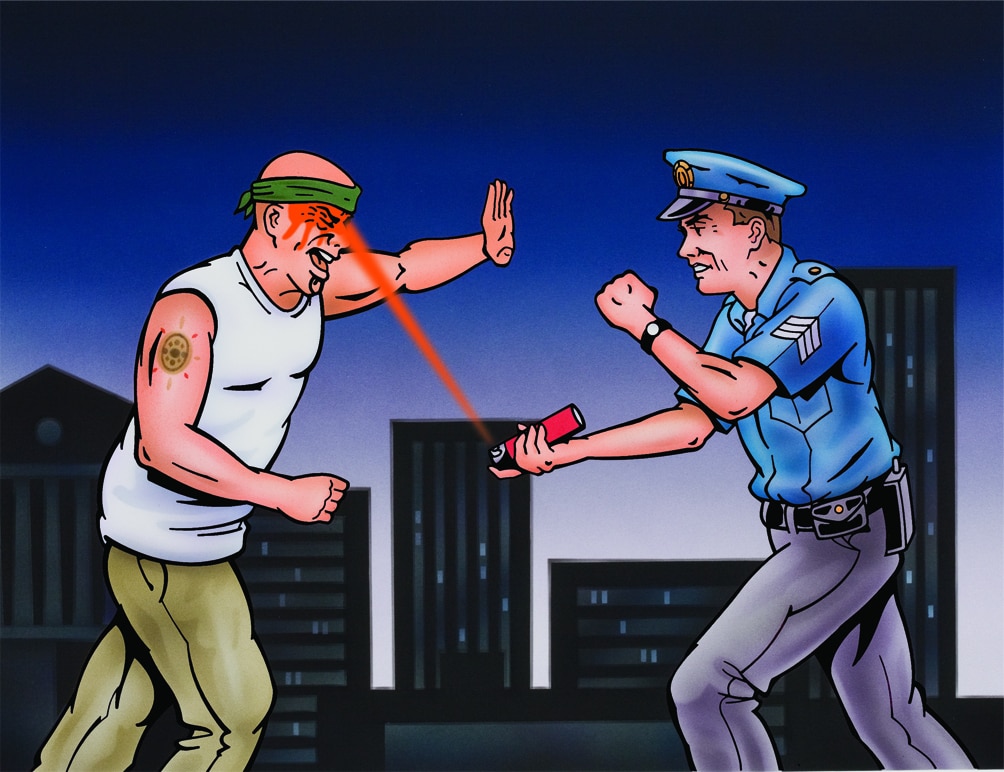 The expeled content is BALLISTIC GEL that can be applied wherever you want and does not affect people nearby nor remain in closed environments. Interventions in buildings, rooms or homes are not a problem if your pepper spray shoots ballistic gel like our SMK30 model from Sabre Red, it will hit where you point.